Quirky mouse-shaped nian gao in the purple hue of sweet potatoes or a nourishing dessert made with fresh water lily seeds imported directly from China? As part of the restaurants’ Lunar New Year set menus available from 3 January to 8 February, Si Chuan Dou Hua Restaurant serves up desserts suited for every palate this Chinese New Year. Set menus start from $88 per person. 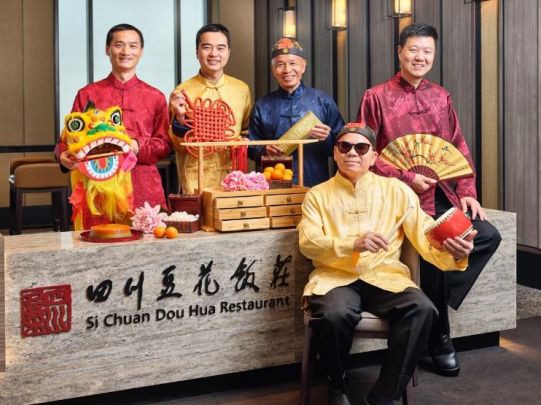  20% discount on the Chinese New Year à la carte menu during the first three days and weekends of the 15 days of Chinese New Year (25 to 27 January, 1 to 2 February and 8 February) for UOB Cardmembers.

 One dines free for three paying adults on the Reunion Imperial High Tea menu, available from 13 January to 9 February 2020 for UOB Cardmembers.

 15% savings on the takeaway menu, available from 3 January to 8 February 2020 for UOB and Amex Cardmembers. 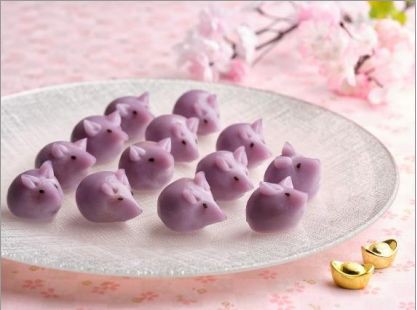 Dyed in a lovely purple hue with the natural colours of the purple sweet potato, this instagrammable mouse-shaped dim sum dish is the creation of Master Dim Sum Chef Peng Yi Chun (点心师傅彭以春). Made less sweet for the health-conscious, the soft nian gao is suitable for both the young and old. Available at $8.80 for three pieces at TOP of UOB Plaza. 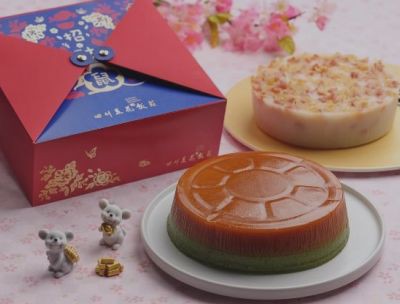 The Chinese New Year Goodies come packaged in a vibrant blue and red box, making beautiful gifts for your loved ones during the festive season. Available at $28 each at all outlets. Other desserts include the Glutinous Rice Ball in Chinese Rice Wine with Water Lily Seeds (芡实桂花米酒粉子) and Double-boiled Water Lily Seeds with Pumpkin (芡实南瓜汤水) which are available at all outlets.

Imported directly from China, the fresh water lily seeds (芡实) are rich in dietary fibre, low in cholesterol and low in fat content. In the Traditional Chinese Medicine field, it is believed that water lily seeds can also improve kidney functions. These seeds are also employed in one of the dishes featured in this year’s Chinese New Year menu – the Stir-fried Celery and Lotus Roots with Fresh Water Lily Seeds (芹水伴香炒芡实).

At PARKROYAL on Beach Road, peach resin is employed in the Double-boiled Peach Resin with Red Dates and Wolfberries (红枣枸杞炖桃胶). The amber-coloured peach resin is known to be extremely beneficial to the skin due to it being rich in amino acid, which enables the quick absorption of collagen.

Over at PARKROYAL on Kitchener Road, the Pan-fried Purple Rice New Year Cake with Soya Bean Crisps (黄沙紫米年糕) is a spin-off from the traditional new year cake with the use of purple rice. As compared to normal rice, purple rice has a much higher fiber and iron content. Purple rice receives its colour from a powerful antioxidant, anthocyanin, known to be linked to reducing cases of obesity and heart disease. 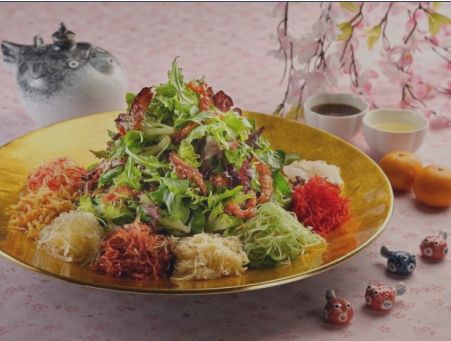 A must-have during Chinese New Year, the three outlets showcase their creativity with their own take on the classic yusheng. Si Chuan Dou Hua Restaurant remains the one and only Chinese restaurant to serve the popular fugu (pufferfish) sashimi with its yusheng dishes. Arranged in the shape of an adorable mouse, diners can choose to add the fugu sashimi to their choice of yusheng at an additional $98.

As a play on the Chinese character for the rat (鼠shu), PARKROYAL on Beach Road uses sweet potatoes (番薯 fan shu) and purple sweet potatoes(紫薯 zi shu) in the Auspicious Lohei with Sliced Abalone and Crispy Sweet Potato Slices (吉鼠报春捞起), available from $98. At PARKROYAL on Kitchener Road, the Prosperity Exotic Garden with Spiky Sea Cucumber in Homemade Truffle Mushrooms and Osmanthus Sauce (满堂喜庆齐捞生) features premium vegetables such as the truffle and matsutake mushrooms, available from $98. 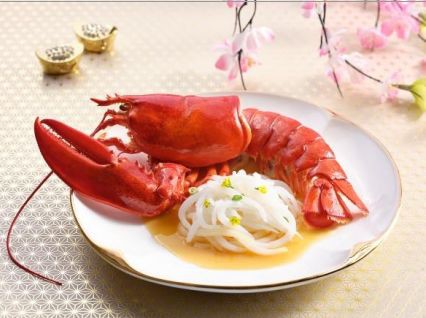 In the skillful hands of TOP of UOB Plaza’s Executive Chef Chan Shun Wong (执行总厨陈顺煌), the humble Mee Tai Mak (老鼠粉 lao shu fen) is given a luxurious touch. Served with sweet lobster fresh in a broth that is simmered for twelve hours, it is available at $28 per order only at TOP of UOB Plaza. 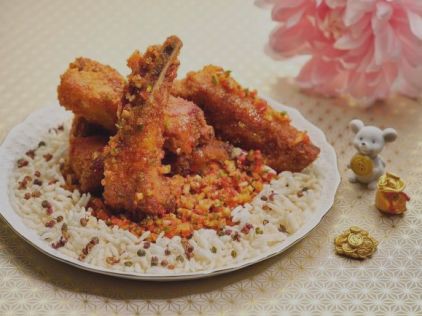 With the ongoing trend of mala foods, this fall-off-thebone spare ribs dish created by Executive Sichuan Chef Zeng Feng (执行总厨曾锋) is sure to be a hit for the younger generation. The spare ribs are simmered over small fire for 40 minutes and thereafter deep-fried till a tantalising golden-brown along with peppercorn, fresh green and red chillies. Available from $48 at PARKROYAL on Beach Road. 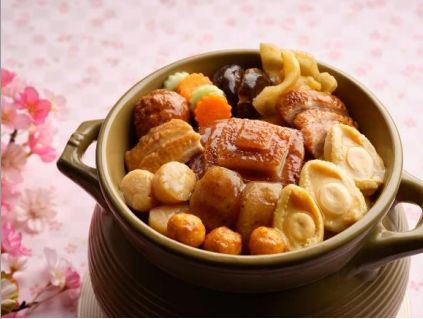 Literally meaning “a jar of meat”, the 坛子肉 is a traditional dish from Sichuan and is found in every household during Chinese New Year. Signifying abundance, the dish includes premium ingredients such as abalone, fish maw and sea cucumber, simmered for a minimum of three hours in an earthen jar before serving. Available at $438 at PARKROYAL on Beach Road. 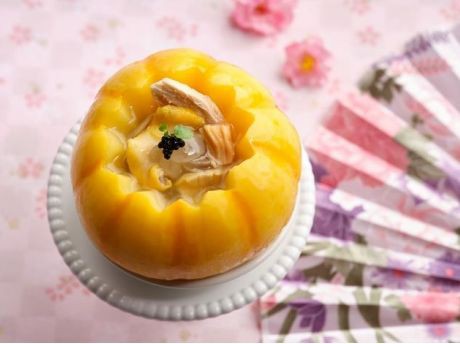 A creation of Executive Cantonese Chef Leung Wing Chung (执行总厨梁永祥), reputed for his excellent Cantonese soups, this luxurious and nourishing soup boasts the sweetness of its premium ingredients such as sea whelk and conpoy, which are boiled for over four hours. Available at $18 per serving at PARKROYAL on Kitchener Road. 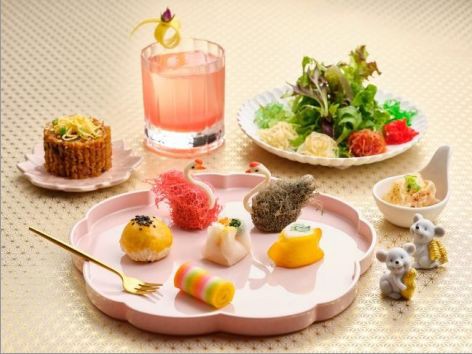 Served at the TOP of UOB Plaza and PARKROYAL on Beach Road outlets, the high tea set menu gives families an alternative way to celebrate the new year. Comprising eight handcrafted dim sum items, the menus differ at the two outlets for variety, but both include yusheng customised to the party size.The TOP of UOB outlet menu, available at $50 per person, is served with a beautiful pink-hued cocktail that is concocted with homemade rose syrup, while the menu at PARKROYAL on Beach Road menu includes a refreshing mocktail and is available at $40 per person. 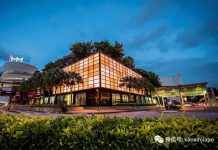 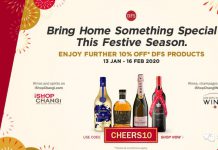 Shop from DFS and enjoy further 10% savings this C... 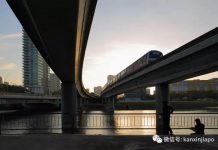