“Netflix and chill” is a viral catchphrase these days — what started as an innocent invitation extended to one’s friends to hang out over an episode of Terrace House has become sexual innuendo for hooking up. 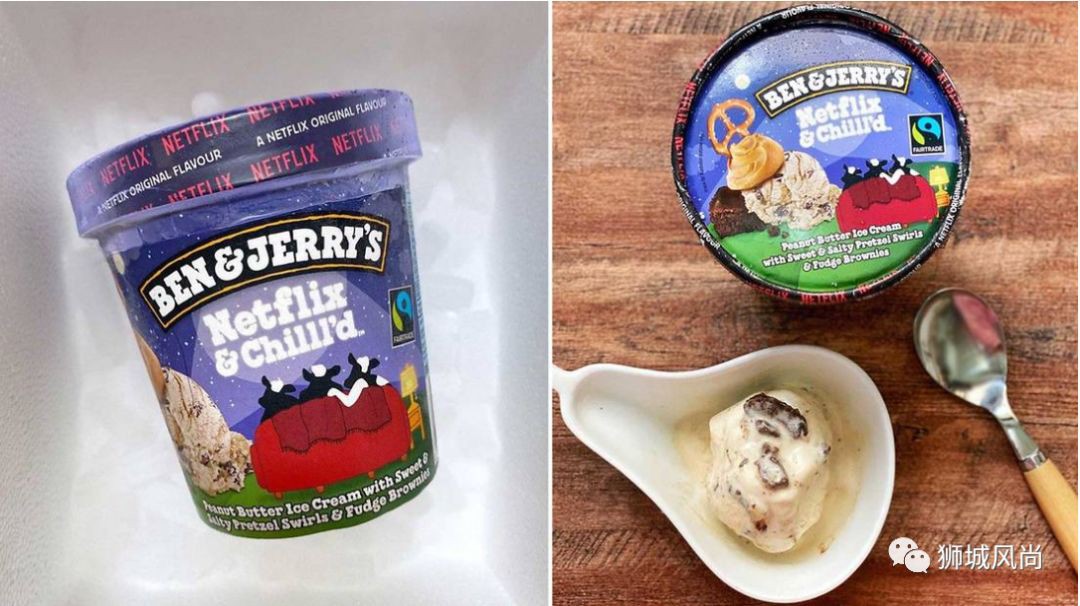 Netflix and chill fo’real
Leave it to cheeky Ben & Jerry’s to come up with a flavour inspired by the phrase. The American ice cream maker teamed up with streaming serviceNetflix to offer an upcoming Netflix & Chilll’d flavour (the extra ‘L’ is intentional). Each pint will cost $13.90. 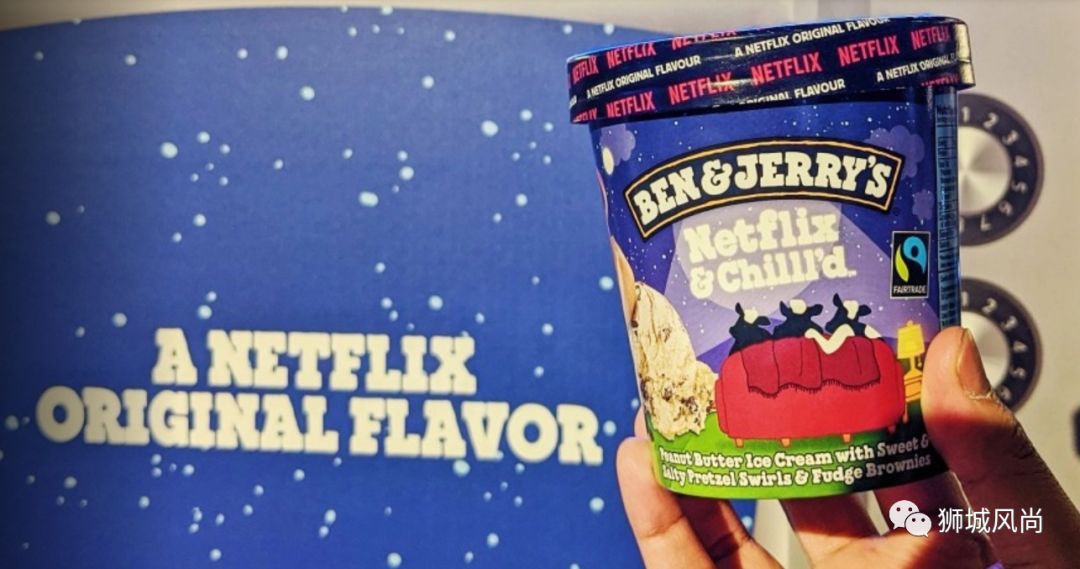 Now, what does Netflix & Chilll’d taste like? According to Ben & Jerry’s, it’s “peanut butter ice cream [with] sweet and salty pretzel swirls and fudge brownies”. Or it could taste like rejection when your crush brusquely turns down your offer to “Netflix and chill”. But at least you have this ice cream to console yourself while you watch The Witcher alone. 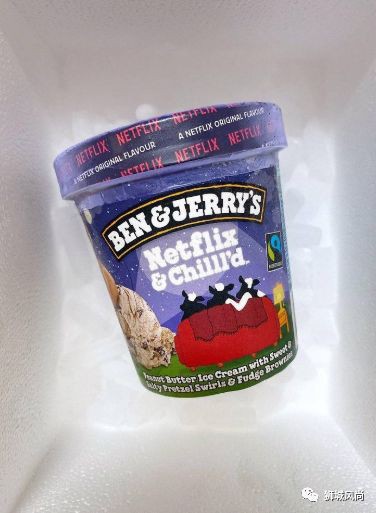 We got our hands on a pint tub of this sexy dessert for a preview taste test. The cheerful packaging is adorable, with a plastic seal emblazoned with “A Netflix Original Flavour” and the brand’s famous red logo.
Taste test 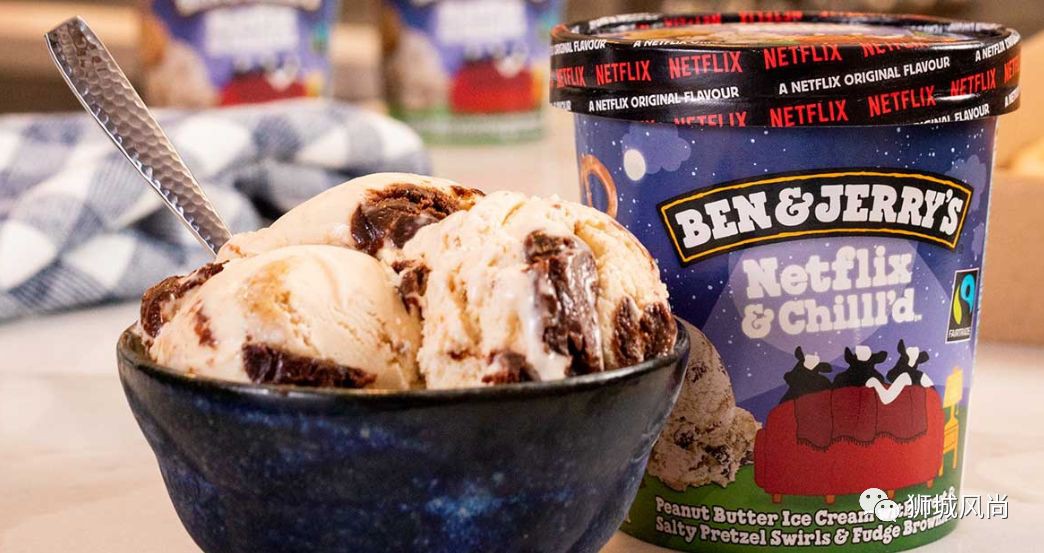 Our first spoonful of Netflix & Chilll’d tastes like smooth, creamy peanut butter ice cream. We dig deeper into the tub to find large, dense, chocolatey chunks of fudge brownie (the subtle pretzel flavour is swirled into the peanut butter ice cream).
Nice or not?
Very nice, like that feeling when you discover an entire addictive series on Netflix. We like the rich peanut butter ice cream studded with crumbly, chewy bits of brownie and a mildly salty hit of pretzels. Dangerously easy to finish a whole pint while bingeing on You. Hook yourself up with this. 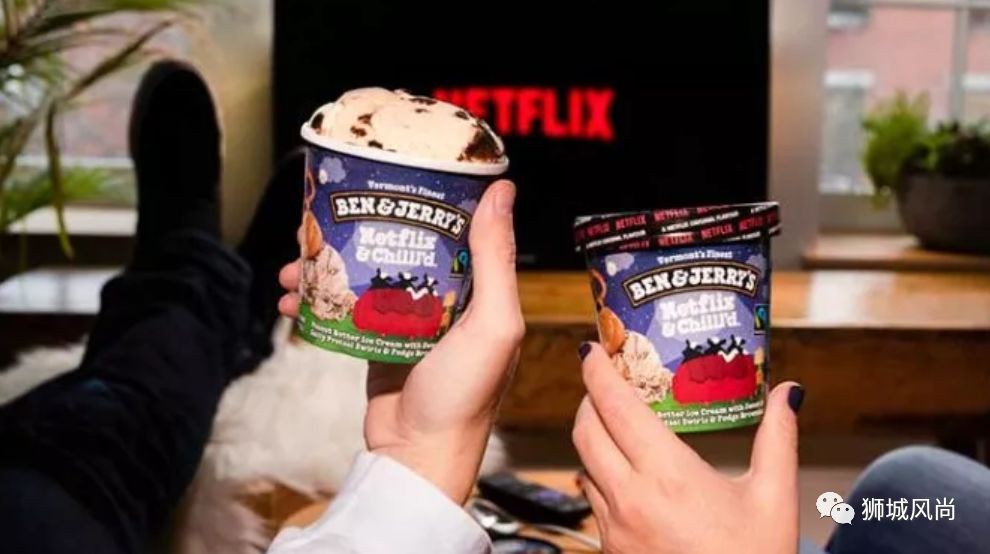 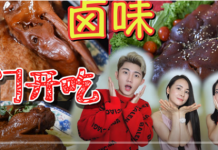 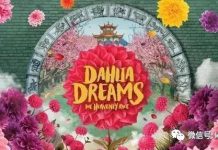 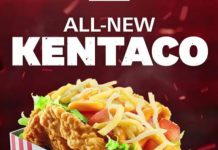 KFC Launches Kentaco; Taco With Fried Chicken As I...